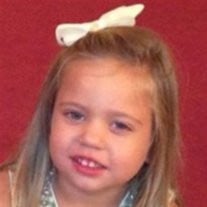 Cecilia Renee Douglas, 33, Madison Renee Douglas, 4, and Rylee Carol Douglas, 3, of Immokalee, formerly of Eustis, passed away due to an automobile accident that occurred on Monday, January 21, 2013. Cecilia was born in Siler City, North Carolina and was a graduate of North Greenville University where she majored in Mass Communications, Christian Studies, and Childhood Development. She, while at Greenville, was a Cheerleading Coach, University Student Activities Director and Annual Staff. She moved to Eustis in 2006 from South Carolina and was the Children’s Minister at Bay Street Baptist Church. She and her husband Nathan Douglas married and started their family. Madison was born in 2008 and Rylee in 2010. The family moved to Immokalee in 2010. They were all members of the First Baptist Church of Mount Dora. Cecilia and the girls are survived by Husband and Father, Nathaniel M. Douglas; Cecilia’s Parents, Jimmy (Rita) Pritchard of Piedmont, SC, and Priscilla (Frankie) Thompson of Liberty, NC; Nathan’s Parents, Mark and Karen Douglas of Tavares; Cecilia’s Brothers, Matthew (Dee Dee) Pritchard of Pelzer, SC and Ryan Gromlovits of Orlando, FL; Cecilia’s Sisters, Mackenzie Carrier of Wilmington, NC and Stephanie Thompson of Siler City, NC; Niece, Isabella Pritchard; Nephew, Bolton Pritchard; Numerous Cousins and extended family. Services for the three will be held at First Baptist Church, Mount Dora on Saturday, January 26, 2013 at 2:00 PM. Interment will follow at Lakeside Memory Gardens, Eustis, FL. The family will receive friends from 12:00 PM till 2:00 PM prior to the service. In lieu of flowers, donations may be made SunTrust Bank, Douglas Family Memorial Account #1000157840900.

The family of Rylee C. Douglas created this Life Tributes page to make it easy to share your memories.

Send flowers to the Douglas family.