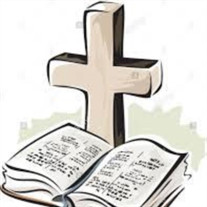 Marissa Lee (Sebast) Maness, 31, of Grand Island, Florida,passed away peacefully at home on Tuesday, February 2, 2021 after battling Glioblastoma for several years. She is survived by her husband, Pastor Timothy Maness, and their children, Mickey, Tucker and Victoria; her parents, Evangelist Glenn and Janet Sebast, of North Fort Myers; her sisters, Stacia (Douglas) Turner, of Johnstown, Pennsylvania,and Katrina (Adam) Kruse, of Lehigh Acres; her paternal grandparents, James and Majorie Sebast, of Gastonia, North Carolina; her maternal grandparents, John and Karen Butler, of Sebring; and many nieces and nephews. She was preceded in death by her maternal grandmother, Allegra Butler, of Tribes Hill, New York. Born February 6, 1989 in Oberlin, Ohio, Marissa was the beloved Pastor’s wife of Victory Baptist Church in Eustis, Florida. She graduated from Landmark Baptist College with her Associates Degree in Music. She was the head coach for the Landmark Baptist Christian School Junior Varsity team. Marissa loved her Lord and Savior, her church, her family and friends, music, missions, and photography. Marissa was known for her acts of kindness as well as her acts of mischief. She had such a zeal for life, from speaking up for the unborn’s right to life to helping the elderly in need. In her short time with us, Marissa has left a lasting impact on so many lives and will be greatly missed.

Marissa Lee (Sebast) Maness, 31, of Grand Island, Florida,passed away peacefully at home on Tuesday, February 2, 2021 after battling Glioblastoma for several years. She is survived by her husband, Pastor Timothy Maness, and their children,... View Obituary & Service Information

The family of Marissa Maness created this Life Tributes page to make it easy to share your memories.

Send flowers to the Maness family.