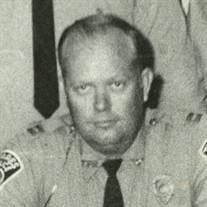 Darvin Lee Aldrich, 82 years old, departed this life on April 8, 2018 after a brief illness. Darvin was born in Metter, Ga. to the late Shellie Starling Aldrich and Cora Lee (Lanier) Aldrich, on September 19, 1935. Out of the various jobs that... View Obituary & Service Information

The family of Darvin Lee Aldrich created this Life Tributes page to make it easy to share your memories.

Send flowers to the Aldrich family.