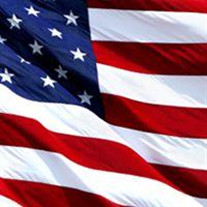 BERNARD JOHN DEDINSKY (Nov. 27, 1926 – Dec. 30, 2018) was born in Whiting, Indiana, to Julia Beda and Joseph Dedinsky. He had one sister, Margaret. He enlisted in the Army. Corporal Dedinsky received an honorable discharge in 1952. In 1953, he married the vivacious Trish Carlin and after his retirement, Bernie and Trish relocated to Lake County, FL. Bernie volunteered at both Leesburg Regional and Waterman Hospitals, until he found his next ‘career’ – as a volunteer with the community theaters as a carpenter and jack-of-all trades. In the late 1990s, he settled in at the IceHouse Theatre in Mount Dora, building scenery for nearly a hundred productions over the course of sixteen years of skilled and dedicated service. In 2008, the IceHouse created an annual accolade called ‘The Bernie Award,’ to recognize outstanding volunteerism; and Bernie bestowed that proud honor each season at the Cubie Awards, to a fellow-volunteer. Bernie never met a stranger – he remembered the names and life stories of everyone he ever met – and was greeted with sincerely enthusiastic cries of “Bernie!” as he entered any establishment. His wry anecdotes will be recalled by the thousands of people whose lives he touched. He is survived by a loving family: sisters-in-law, Donna Jansen Carlino and Dawn Carlino Oliver, and nieces and nephews: Darci and Denise Carlino, Renee, Alise, Kevin (& Karen), Joe (& Kathleen) Oliver, great-nieces and great-nephews, Kelsea and Joseph Blazek, as well as Gabriel, Patrick (& Vanessa) and Elizabeth Oliver. His IceHouse ‘family’ is also a vast circle of performers, designers, technicians and volunteers, by whom he will be sadly missed.

The family of Bernard J Dedinsky created this Life Tributes page to make it easy to share your memories.

Send flowers to the Dedinsky family.